Every country has its own emotions for its own history. However, with the changes of the times, many of the remains left by history have been incomplete and the difficulty of research has been greatly deepened. But the emergence and development of 3D printing technology has brought a new path to humanity. Recently, the archaeological team of the University of Nebraska-Lincoln and a group of Turkish students excavated a series of ancient Roman ruins in southern Turkey, including the head statue of the snake-haired demon Medusa in Greek mythology. Surprisingly, This marble statue was miraculously preserved as Christians cleared the paganism. 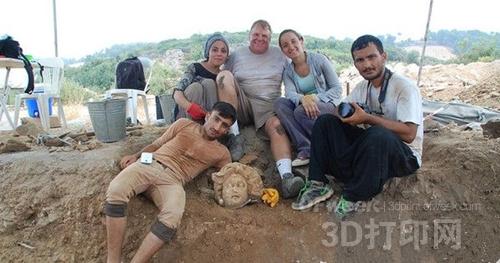 The statue was discovered in Antiochia ad Cragum, a city in the period of Roman Roman Nero. The destruction of the use of pagans and ancient Roman art was a common practice of Christianity at the time, so most of the early Roman art has been lost, so the value of this head â€º image is self-evident.

Through advanced 3D photography and mapping technology, they found that Medusa's head is not part of a stand-alone statue, but rather has the characteristics of a building, such as a church or a temple. Historically, the process of building ancient Roman temples was often decorated with the image of Medusa to prevent the invasion of evil souls. 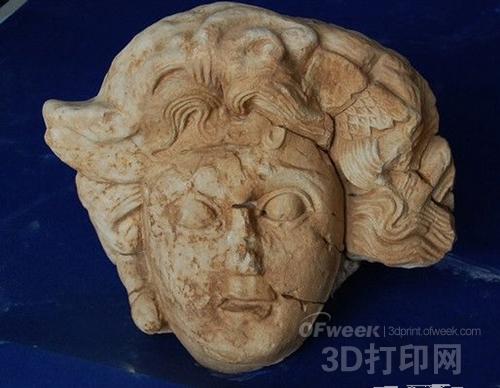 At the excavation site, researchers at the University of Nebraska-Lincoln took hundreds of photos of the fragments of the sculptures, put them into photogrammetric mapping software, and printed out the corresponding 3D models. With the 3D model, they can easily stitch together the pieces together. Through Medusa's facial features, snake hair, big eyes, open lips and other characteristics, the research team finally determined that this Medusa is part of the triangular ornament above the entrance to the ancient Greek architecture.

The archaeological team and researchers plan to visit this excavation site again next year, and they intend to continue to explore the city's legislative bodies, such as the Chamber of Deputies or the City Hall, and believe that there may be opportunities to discover concert halls or theaters. The archaeological team also plans to increase research on the city's street shops, hoping to find out what goods are circulating in the market at the time.

Without 3D photographic graphics technology, the research team may not find that Medusa's head is not an independent statue, but part of the building, and it is even more impossible to splicing all the pieces together. As a country with a history of 5,000 years, China still has a lot of blanks for various generations of research. In most cases, we can only study the truth of the history by preserving the complete cultural relics. However, as time goes by, most of the remains are incomplete and increase the archaeological difficulty. However, with the rapid development of 3D technology, we have another shortcut in the process of exploring history. It is not a blessing.

Stainless Steel Pots are made from high-grade 18/8 stainless steel. This material is food grade, non-toxic, durable and easy to clean.

Our Stainless Steel Pots are mostly Stainless Steel Vacuum Water Pots. They have a double-wall vacuum treatment, so they can ensure your drink keeps as it is. And you don't need to worry about getting your hands cold or hot.

Stainless Steel Single Wall Pot has a single wall. It sacrifices thermal insulation and improves portability. Holding it in your hand all the time will not cause any discomfort.